At 77, Ernst Akramov is a living legend of medicine in Kyrgyzstan. He has dedicated 56 years of his existence to surgery, exploring all of its finer points and secrets. A true priesthood for which he sacrificed his privacy. Where others would have chosen fame and money, Akramov thrives on the recovery of his patients. For more than 20 years, the doctor has spent his evenings alone, in the hospital grounds, because he chose to live in a small room at his workplace to give his patients full attention.

True, he became a talented doctor, but it cost him his privacy: he has neither wife nor children. Despite his popularity, he is often alone. All he has is an office and patients. Akramov fights for the lives of others every day as he fights with himself.

What is hiding the solitude of this man devoted to the human cause?

Why didn't he start a family? What will he do when he can no longer hold a scalpel in his hands?

Born in Kyrgyzstan in 1988, Adilet Karzhoev works for television as a cameraman and editor. In 2011 he directed his first creation documentary Sary-Oy (18 ') which won awards in several festivals, including the Golden Saffron Film Festival (Turkey) and the Al Jazeera International Documentary Film Festival (Qatar). 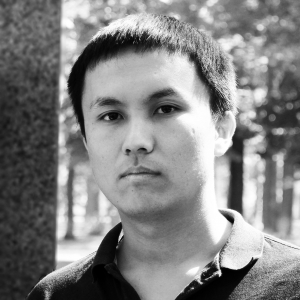